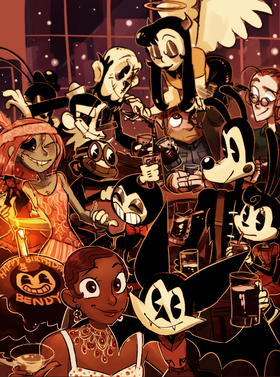 Lampblack City is a Bendy and the Ink Machine AU, which is featured on this Tumblr blog. The blog itself is well put together, and is organized to fit with each character.

There are a total of 15 characters.

Rules of the Wiki
Bureaucrats, Admins, and Moderators
Retrieved from "https://lampblack-city.fandom.com/wiki/Lampblack_City_Wiki?oldid=166"
Community content is available under CC-BY-SA unless otherwise noted.